Is Satta Matka Legal in India? Get a Concrete Answer Here

Whether online or offline, matka is illegal in India nationwide. Playing or organizing this lottery for money in public or private is a criminal offence punishable under the Public Gambling Act of 1867. Violators can be fined ₹100 to ₹200 or imprisoned for 1 to 3 months. 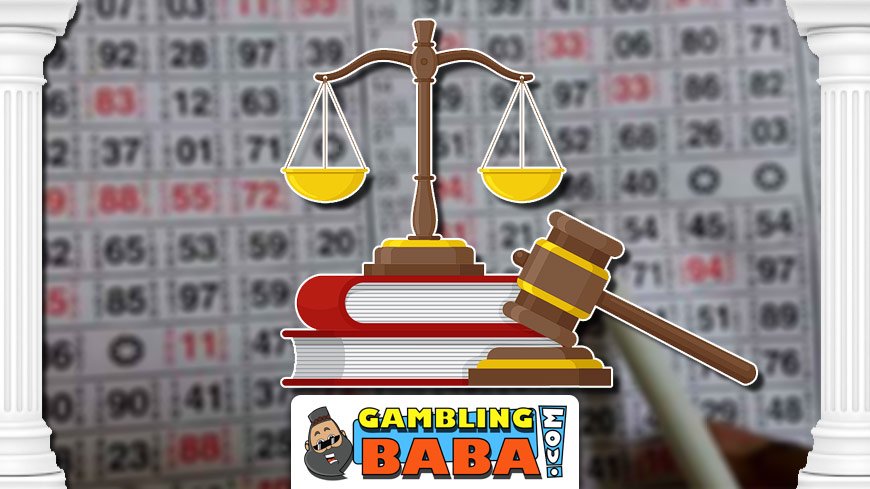 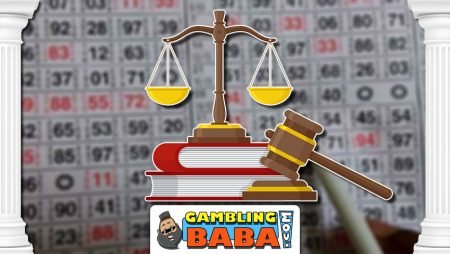 Matka gambling, or satta matka as it is better known, is a game of chance devoid of the element of skill. The Indian Constitution deems all such types of games illegal if they involve staking money and/or material things.

Although gambling is primarily a state subject in the country, none of the Indian States or Union Territories has legalized satta matka yet, including Maharashtra, where the game originated. This law holds true in Goa, Sikkim and Daman as well, where gambling in casinos is legal.

How Did Matka Get Banned in India?

The concept of Matka gambling first came up in the Indian State of Maharashtra during the pre-Independence era.

Back then, the prices of cotton were being exchanged via teleprinters between the Bombay Cotton Exchange and the New York Cotton Exchange. Betting on the possible opening and closing rates was legal.

After India got its independence, this practice went downhill with people betting on the opening and closing rates of any product even if it were imaginary. The craze led to Matka dealers burgeoning in the State. Soon, things went out of control and the government decided to step in.

It took into account the Public Gambling Act of 1867 – the federal law for gambling in India, which outlaws running and visiting public gambling houses. Since Matka gambling seemed to be fulfilling all the criteria specified in it, the activity eventually received a blanket ban in India.

Also Read: What Is Matka Gambling and Why Is It So Popular in India?

Why Hasn’t the Ban Been Lifted Yet?

Interestingly, even after all these years, satta is illegal in India. There are numerous socio-political reasons the ban was never lifted and most of them are debatable. I have listed the major ones below.

What Does the Public Gambling Act Say About Matka Gambling?

As discussed earlier, the Public Gambling Act of 1867 deems matka, or any gambling activity for that matter, illegal. It prohibits running, visiting or being in charge of a public gambling house (a matka den in this scenario) that has not been approved by the federal or state government.

This public gambling house could be any house, walled enclosure, makeshift room or even open space within the country that is used to keep and make use of playing cards, dice, tables and other gaming instruments for commercial gains by the owner.

Owning, occupying, being in charge of or visiting such common gaming houses is a criminal offence. Accepting or offering a bet in the form of money or material things and allowing or keeping records of betting in such a place is also a crime.

Interestingly, there is no mention of the words ‘online,’ ‘web,’ or ‘internet’ in the Act. No amendments to it have been made either, even after so many years. In other words, the Public Gambling Act of 1867 isn’t strongly applicable when it comes to online gambling.

This loophole enables dealers to offer matka online. However, an online gambling site set up by a resident Indian can still be considered a ‘public gambling house’ and banned because the person is ‘accepting bets’ through it.

Therefore, most of the local matka bookies you see online are illegal. On the other hand, foreign sites with matka games do not come under the purview of this Act because of their location. They cannot be defined as ‘public gambling houses’ and banned.

Technically, you cannot play online Matka legally in these States even on foreign sites. Although no such site will be blocked, accessing them could amount to a legal offence.

Also Read: Is it Legal to Play Online Casinos in India?

What Is the Penalty for Breaking the Law?

The penalty for organizing and playing satta matka in India is a jail term and a monetary fine.

Penalty for Owning, Operating or Being in Charge of a Matka Gaming Den

Under the Indian Penal Code (45 of 1860), the penalty for owning, operating or being in charge of a Matka gaming den is either of the following:

Penalty for Visiting or Playing at a Matka Gaming Den

Under the Indian Penal Code (45 of 1860), the penalty for visiting or playing at a Matka gaming den is either of the following:

How Do Local Bookies Get Away with Offering Satta Matka Online?

If you analyze any matka site offered by a local Indian bookie, you would see the lack of most or all of these important aspects:

All of these pointers lead to just one conclusion – the site is not legit. In fact, money-based Indian matka sites are as illegal as their brick-and-mortar counterparts. Because the site owners know they are into illegal business and operating clandestinely, they would never reveal their identity.

This makes it extremely difficult for law enforcement officers to track down and penalize them. The best they can do is hire ethical hackers to determine the IP locations from which the sites are being operated.

But it works only if the IP is static. For dynamic IPs, every time a device is restarted, this address changes. Also, an IP can be easily masked using VPN.

Furthermore, it is a fact that IP addresses serve as a ‘Corroboratory Evidence’ instead of a ‘Primary Evidence.’ They cannot be used to hold a person guilty of crime or make an arrest.

Of course, they can serve as a reference point to go deeper into the nexus of matka dealers. This is why no Indian matka site remains online permanently or for a long time.

I wouldn’t recommend playing on such sites. The risks associated are high. Their shadiness puts you in unsafe hands. Your money as well as private and financial information could be at stake. If any of it gets compromised, you would not be able to get legal help because you have committed a crime by playing matka for real money in the first place.

What Are the Legal Alternatives to Matka Gambling?

These are the legal alternatives to Matka gambling in India:

13 of the 29 States and 7 Union Territories in India allow and organize paper lottery draws to earn revenue for the government exchequer. The respective Governments are responsible for selling tickets at authorized counters, running the draw at specified times, announcing the winners, and distributing the prizes.

These lotteries are unlike Satta Matka. They are legal, government-backed and safe to play. A dedicated lottery department is set up in these States and officers are appointed to supervise the operations, ensure fairness, and rule out money laundering and tax evasion.

Everything about them is legit. However, there are two issues:

The limited availability and accessibility of government-approved lottery draws in India have led to a shady market teeming with unauthorized lottery agents who source the tickets on your behalf via illegal means.

Firstly, this is a crime. If you belong to one State and buy a lottery ticket in another, the ticket might be considered invalid even if you win. Especially so if the activity has been banned in your State. Secondly, compared to the size of the prizes and the taxes involved, taking such risks to buy a ticket might not seem worthwhile.

In other words, a government lottery in India is neither the most convenient nor the safest alternative to satta matka gambling. Therefore, matka players move on to their next best bet – international lotteries.

These are legal lottery draws organized outside India. Some of the most popular international lotteries include the US Powerball, EuroMillions, EuroJackpot, Mega Sena and SuperEnaLotto.

These world lottos attract Matka players from India because they don’t have to fly under the radar to try their luck or depend on shady agents to buy a ticket. It is easy to participate in them. Players can buy official tickets via online messenger services or bet on the outcome via lotto betting sites.

The prizes are much bigger than those of the country’s paper lotteries. Players from any State or Union Territory where online gambling has not been outlawed can enter the draws even if lottery has been banned in them.

These draws are organized abroad by foreign organizers. Therefore, their activities are not subject to Indian gambling laws. Of course, your winnings would still be taxed.

However, neither Indian lotteries nor international lotteries can deliver the much-desired authentic experience to matka gamblers. Although all of these games involve numbers, the draws are way different from traditional satta matka. For this reason, matka players often resort to their last legal option – online variants.

Also read: How to Play Matka in 7 Easy Steps

Because of all the legal objections and risks, this dated lottery has now shifted to the web. There is no shortage of websites for those who want to play satta matka online.

Such platforms let you enter popular matka draws in India in just a few clicks. They also promise the payout if you win. But as discussed earlier, almost all of them are of Indian origin and thus, illegal.

Thankfully, despite the illicit lot, a few legit online matka sites still exist. They are foreign-based and registered, which makes them legal and safe for play. The matka games on them are not identical to the traditional lottery, but they are similar and the payout alike. They are definitely the best legal alternative to matka gambling.

I have listed my favorite matka site below. Try it out if you want to play matka legally in India:

Could Satta Matka Be Legalized in the Near Future?

Satta matka is illegal in India at the moment but could be legalized and regulated in the near future.

If ever the Indian Satta Bazaar attains a legal status, gambling would be allowed in centers licensed by State Governments. The betting amounts would be capped and the number of transactions monitored and kept under a specific limit.

Linking AADHAAR and PAN cards would be mandatory to make transactions for players as well as operators. Strict surveillance would be carried out to rule out malpractices. Last, but not least, GST would be levied at least on sizeable winnings.

Of course, this is all in theory and none of it has been materialized yet. Nevertheless, there’s much to remain hopeful.

Is Satta Legal in India?

Satta is the Hindi slang for gambling or betting, which is considered illegal in India at the moment.

Is Online Matka Legal in India?

Is Matka Legal in Maharashtra?

Matka – whether offline or online – is illegal in Maharashtra under the Public Gambling Act of 1867 and the Bombay Wager Act.

Is Matka Legal in Goa?

Matka is illegal in Goa under the Public Gambling Act of 1867. However, it can be played online on foreign-based casinos and lottery sites.

Is There Any Legal Satta App?

There is no legal satta app owned by an Indian company. However, a number of legit apps owned by foreign companies offer satta matka, which you can play for real money. An example is the Lottoland app, which is owned by the MGA and Gibraltar licensed lottery brand, Lottoland. 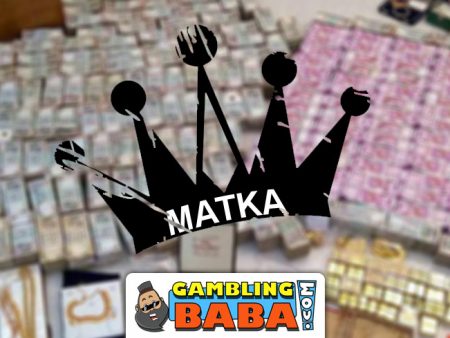 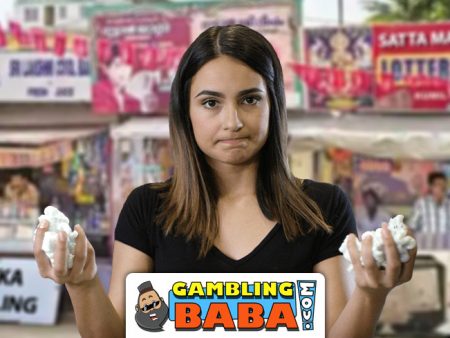 News
What Is Matka Gambling and Why Is It so Popular in India?
June 3, 2021
0 472
Indian Online Gambling
GamblingBaba takes fact-checking seriously. To give you the best user experience, providing accurate information is of utmost importance to us. If you see something that isn't right, contact us and we will look into it and make necessary changes. Thank you! 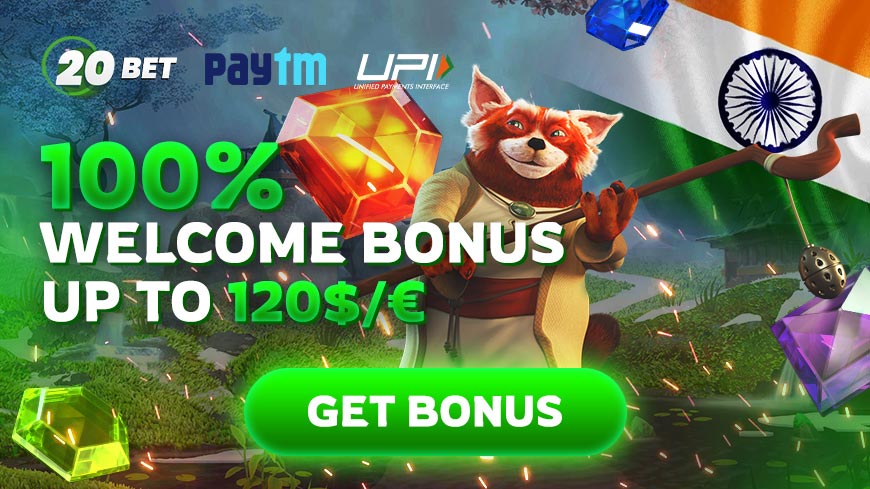