What Are Crash Games at Casino Sites?

Home » Guides » What Are Crash Games at Casino Sites?
Guides 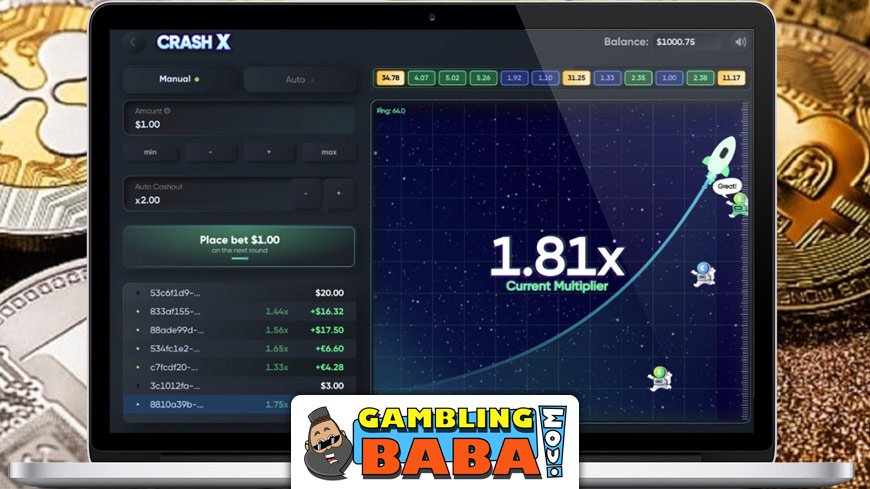 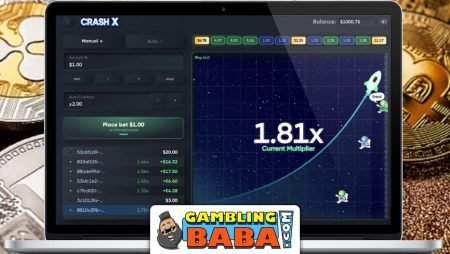 Crash games are fast-paced casino games typically found at casino sites that focus on gambling with Bitcoin and other cryptocurrencies. They are simple games where a multiplier will increase and then randomly crash at a certain value. If you cash out before the crash, you win your stake times the multiplier and if you don’t, you lose.

How Are Crash Games Played?

In short, crash gambling is done via the following steps:

Crash games come in many different themes but are all very simple and work in a similar way. Once a bet is placed, a multiplier will keep increasing and will increase faster and faster the longer it goes.

As long as the multiplier is increasing you can cash out to win the current value. However, at some point the multiplier will randomly crash and if you haven’t cashed out, you will lose your bet.

The game is played with other players and it’s possible to see when they are cashing out and how much they win. If you don’t want to cash out manually, an auto cash out feature can be activated.

What Is the RTP?

The RTP in crash games will vary from one game to another and can be anything from 96% up to 99%. This seemingly makes some of the crash games the most lucrative games to play at casino sites. However, as you constantly find yourself cashing out before the multiplier crashes, it is actually difficult to play with the game’s maximum RTP.

How Much Can I Win?

Crash games come with payouts up to 10,000 times the amount you bet. However, it is very rare for the multiplier to go on this long. Most games rounds will end before the multiplier hits 50x.

Can I Use Any Strategies?

Players commonly use one of two strategies when playing crash games; a low bet high reward strategy or a high bet low reward strategy. The former strategy means that you’re placing a low bet and don’t cash out until the multiplier is high. How high? That is up to you but it could be 100x, 1,000x or even higher. With this strategy you will rarely win, but when you do, you win a lot.

The high bet low reward strategy works the opposite way. With this, you bet a high amount and you cash out early. This could be as early as the multiplier reaching 2x. You will often win with this strategy. However, it is not recommended as you will often find yourself cashing out way before the multiplier crashes and thus you will miss out on a lot of profits.

Where Can I Play Crash Games?

Crash games can be played at most cryptocurrency casino sites. However, some casinos are better than others as the number of crash games you will find can vary widely. You would want to play at a crash gambling site that offers a game with a high RTP. Preferably, the site should also have regular bonuses for players to use as this would increase your chances of winning.

Sorry, no other posts related this article.

FREE BONUSES 2022
Indian Online Gambling
GamblingBaba takes fact-checking seriously. To give you the best user experience, providing accurate information is of utmost importance to us. If you see something that isn't right, contact us and we will look into it and make necessary changes. Thank you!