The West Bengal State Lottery is among the 13 Government lotteries that are legal in India. The Directorate of State Lotteries, West Bengal (DSLWB) under the Finance (Revenue) Department organizes the draws to collect revenue for the State exchequer and put it to developmental use. Prizes vary for each draw. Results are published in leading local lottery dailies. 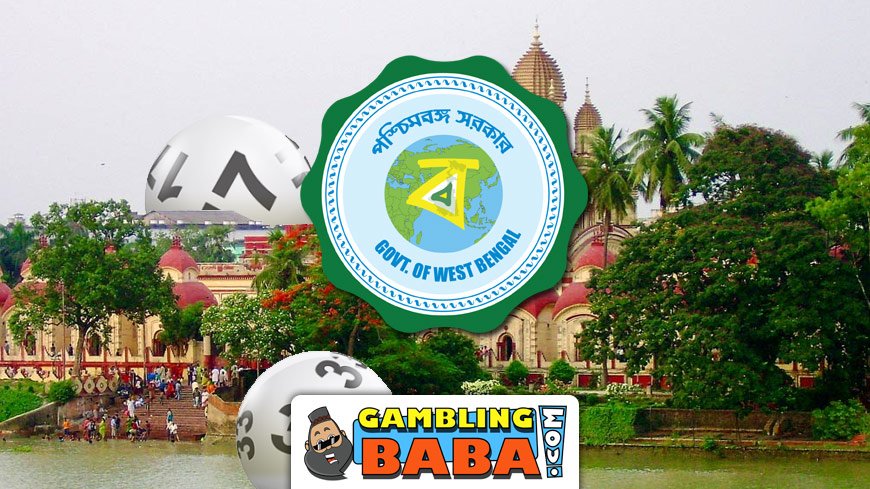 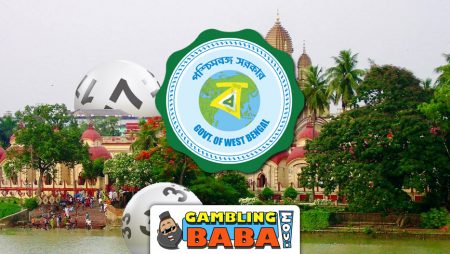 Currently, West Bengal is not running any lottery draw. There is no news when the schemes would be restarted. However, Nagaland Government Lottery tickets are legally available for purchase in the State.

If you don’t want to play any of these Indian lotteries, I’d recommend world lotteries that are more exciting. The prizes you could win are bigger. Furthermore, the entire process of buying a ticket to participating in the draws, and claiming a win is far more straightforward. Try your luck today!

Overview of the West Bengal Lottery Schemes and Ticket Prices

All the weekly draws have been named after famous rivers in West Bengal. Similarly, 6 yearly draws run during certain annual festivals.

The price per ticket for all the annual draws is ₹20. Please note that all West Bengal State Lottery draws are held at 4 PM except the Diwali Bumper draw, which takes place at 5 PM.

For easy understanding of the schemes, draw time and cost of ticket, check the two tables below.

How to Play the West Bengal Rajya Lottery?

The West Bengal Rajya Lottery (another name for the State Lottery) is a paper lottery. Therefore, you must purchase physical tickets only from authorized local vendors, stockists and dealers.

If you search online, I’m sure you will also find sellers willing to deliver tickets to your doorstep for money. Before you hit the purchase button to book your West Bengal lottery tickets, make sure they are legit and have been authorized by the DSLWB.

Anyway, selling State lottery tickets online in India isn’t legal unless stated otherwise. As far as I know, the West Bengal State Government is yet to launch a portal that sells tickets online.

After you have done your homework on which lottery to play, visit a legit seller of your choice and check for ticket availability. Whether you buy one or more tickets, you must always pay the fee up front.

Don’t forget to write your name and address at the back of the ticket as proof of purchase so no one else can claim it. Store it in a safe place so it doesn’t get damaged. Remember, no prizes are handed out for mutilated or lost tickets.

The Lottery Department conducts the draws in public after fixing the venue and declaring it well in advance. Usually, the draws are held in Ganesh Chandra Avenue in the capital city of Kolkata. However, it is subject to change depending on convenience and availability.

During the draw, the concerned official will spin a lottery machine to reveal a combination of 7 or 8 numbers and letters. If this combination matches the sequence on your ticket in the exact order, you win.

Any person present in the draw, whether the organizer, player or mere bystander is free to inspect the procedure and clarify doubts, if any. If you lose, don’t hesitate to try again. If you win, get ready to claim the prize.

What Are the Prizes?

The prizes and prize positions for West Bengal State lotteries vary from one scheme to the next.

The yearly draws have different prizes, except the Holi Bumper, Puja Bumper, Diwali Bumper and Rathyatra Bumper Draws that pay out the same rewards.

The highest prize you can win off a State lottery draw in West Bengal is more than ₹1 Crore. If you are lucky, you’d get paid not only money, but a car or phone, too. The lowest you can win off these draws is ₹20. No consolation prizes are awarded under these Government lottery schemes.

For better clarity, I have organized all the prize positions and monetary rewards offered in each draw in the tables below.

These draws pay you for positions 1st to 8th. The highest prize is ₹5 Lakh, which goes to 1 winner. The lowest prize is ₹20, which is handed out to 20 winners.

These draws pay you for positions 1st to 7th. The highest prize is ₹10 Lakh, which goes to 1 winner. The lowest prize is ₹50, which is handed out to 10 winners.

These draws pay you for positions 1st to 5th. The highest prize is ₹40 Lakh, which goes to 1 winner. The lowest prize is ₹100, which is handed out to 30 winners.

This draw pays you for positions 1st to 8th. The highest prize is ₹1 Crore, which goes to 1 winner. The lowest prize is ₹200, which is handed out to 100 winners.

These draws pay you for positions 1st to 6th. The highest prize is ₹1 Crore, which goes to 1 winner. The lowest prize is ₹500, which is handed out to 50 winners.

These draws pay you for positions 1st to 6th. The highest prize is ₹1 Crore, which goes to 1 winner. The lowest prize is ₹500, which is handed out to 50 winners.

How to Check West Bengal Lottery Results and Claim the Prize?

You can check West Bengal Lottery results as and when the draws happen by visiting the venue in person. But this is easier said than done, I understand. So, your next best bet would be sites like Lottery Sambad and Dhan Kesari, which specialize in publishing lottery results.

Although these are not the official sites, over the years, they have gained solid trust among players for publishing accurate results in a timely manner. In fact, Lottery Sambad is the only Bengali lottery daily in Kolkata, West Bengal that has been operational since 1992.

Of course, there are other options. For instance, you can check the official YouTube channel that live streams the draws or visit the State Lottery office the next day after the draw. Whatever floats your boat!

If you win, you must claim your prize within 30 days from the date of draw. Firstly, you need to download the Claims Form available in Lottery Sambad or Dhan Kesari website.

You must fill this form clearly and correctly with your name, postal address, name of the draw, prize amount, PAN, ADHAAR number, contact number and bank details (account number, IFSC, name of the bank and branch).

The original winning tickets must be attached along with a cancelled cheque and self-attested photocopies of all the aforementioned documents. Also include one passport size photograph and an affidavit of ownership of the winning ticket duly attested by a Notary Public.

Please note that lottery winnings in India are taxable. The prize money you receive would be after necessary deduction of all applicable taxes. Prizes for West Bengal lotteries are mostly paid via NEFT or RTGS.

Is the West Bengal Lottery Safe?

The West Bengal Lottery is backed by the State Government, which gives players hopes of its legitimacy. For over a decade, the State has been able to conduct lottery draws with credibility and accountability.

The DSLWB is committed to organizing each draw as per the provisions made in the Lotteries (Regulation) Act. Lottery tickets are printed via M/s Saraswaty Press Limited, which is a government-approved press with high security.

The tickets are exclusively marketed in the State of West Bengal via West Bengal Lottery Stockists Syndicate Pvt. Ltd. (WBLSSPL), which is currently the sole distributor appointed for this task.

The MRP along with the date and time of draw as well as terms and conditions for claiming the prize are clearly mentioned on each ticket. Additionally, publicly conducting the draws and giving every person present the liberty to examine the procedure can be taken as the highest standards of transparency.

The Government of West Bengal further appoints two independent judges to supervise the same. Moreover, other officials are appointed to come and check the draws on the spot whenever needed.

Live streaming on YouTube is another proof of the Department’s willingness to maintain transparency throughout the process. All this should have indicated the West Bengal State Government lottery is safe to play.

However, there are several issues with such State lotteries in India. The first of the lot is the circulation of fake currency. If you’ve read my article on Assam State Lottery, you would know how one Mr. Balram Singh of Rangiya, Assam was duped after he bought a fake ticket to the State’s Bangasree Super Draw.

The second issue is the way the draws are being conducted. There have been multiple cases when members of certain families have repeatedly won huge prizes off the draws.

In the subsequent audits, it was found that these families always had someone engaged in the selling of tickets as an authorized lottery agent.

Such fraudulent practices reduce the trust people have on West Bengal State lotteries because the Directorate has no authority to restrict the repeating winnings or deny the prizes. This is a direct reflection of the deficient administration, monitoring, and control mechanism of the draws.

I would rather you play international lotteries instead. Buying a ticket to world lottos is way easier. The process is hassle-free and the draws are transparent.

Is the West Bengal Lottery Sambad a State Lottery?

The West Bengal Lottery Sambad is not a State Lottery. It is a local newspaper that specializes in publishing State lottery results in West Bengal.

The newspaper has been around since 1992 and is often mistaken to be the official website of the Directorate of State Lotteries, West Bengal (DSLWB). Lottery Sambad flaunts a cult following of lottery players who look up to it for daily updates, prize claims forms and of course, results of the draws.

Why Is the West Bengal State Lottery Rath Yatra Bumper So Popular?

The West Bengal State Lottery Rath Yatra Bumper is an annual draw that takes place during the Bengal Rath Yatra in the month of July. This historic festival, which also goes by the name of The Rathyatra of Mahesh, is the second oldest chariot festival in India after the Rath Yatra of Puri, Odisha.

Celebrated since 1396, this week-long religious festival holds a special place in the hearts of Bengalis and marks a time of merriment. The State comes to life – local fairs are organized, streets are decorated and snacks and sweets are distributed.

Amid the celebrations, lottery tickets sell like hotcakes. Over the years, the Government of West Bengal has recognized this craze and introduced the Rath Yatra Bumper Draw for people who would love to try their luck during such auspicious times.

Can I Play Online Lottery in West Bengal?

You can play online lottery in Bengal only if you are playing international lotteries. The Government of West Bengal has not sanctioned online lotteries yet. You can only buy paper tickets and check the results online.

To play lottery online from West Bengal, register with an international website that offers a ticket messenger service or lets you bet on the outcome of world lotteries such as the US Powerball, Mega Millions, Mega-Sena, EuroJackpot, and more. I have listed 3 of the best online lottery sites below.

Buy 1 ticket to a lottery
Get 2 extra for free!
SIGN UP AND CLAIM
Get 3 tickets for the price of 1!
Government State Lotteries in India
Lottery
Read More 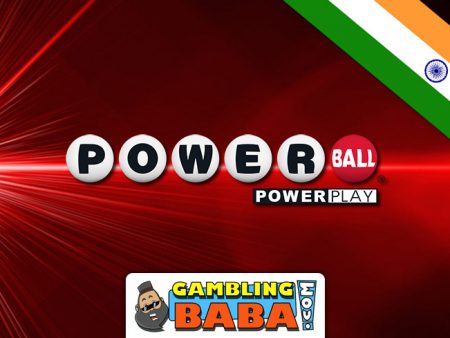 Guides
What Is the Price of a Powerball Ticket in India?
September 6, 2021
0 344
Indian Online Gambling
GamblingBaba takes fact-checking seriously. To give you the best user experience, providing accurate information is of utmost importance to us. If you see something that isn't right, contact us and we will look into it and make necessary changes. Thank you! 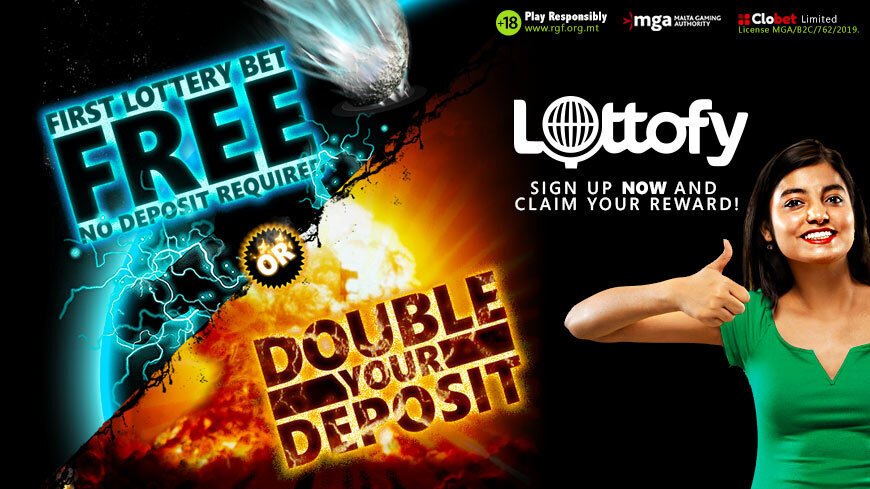