Do you know what Punk Rock, Dragons, Pennywise and the Wild Wild West have in common? Together, they make up the themes for my best NoLimit City slot list of all times! 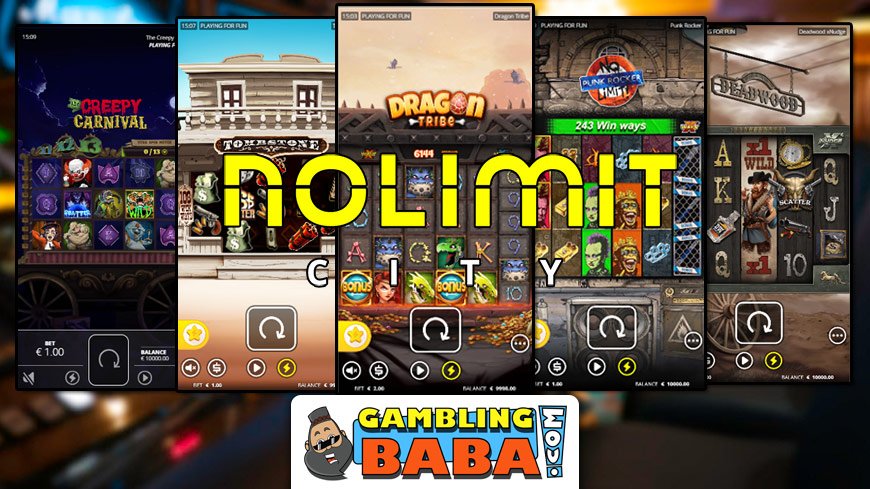 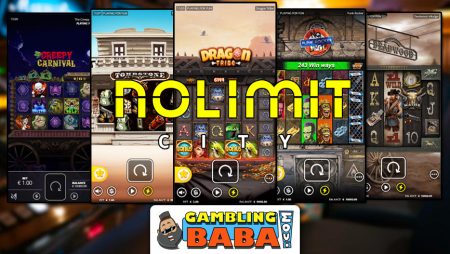 NoLimit City has been present in the Indian online casino market since 2018 and is unquestionably one of the better slot providers in the gambling industry. They have a massive and diverse game library with different themes, mechanics, payouts and volatility levels that hit the full spectrum of a slot gambler’s needs.

Picking out top slots isn’t an easy task as many are great. After much consideration, I have, however, come up with 5 must-play slot machines that make up my list of the best Nolimit City slots. Here they are:

Dragon Tribe is a well-designed, grid-based, cascading slot machine from Nolimit City with plenty of neat mechanics. It manages to tick every box I have for a great slot game. It’s fun, has an aesthetic look, troll binding music and a shortcut to the bonus feature for a reasonable price. I have to admit, I might have spun a few too many on this slot than what would be considered normal.

The bonus game is really fun to play and comes with two options. It starts off a bit slow since you don’t have any dragon wilds unlocked. However, once you unlock a few wilds, the cascading reels go bonkers. The more wilds you unlock, the crazier it gets. There’s great potential for massive payouts.

Let’s have a closer look at the bonus and the other features of this fantastic slot from Nolimit City!

Punk Rocker is a highly volatile masterpiece that revolves around a very engaging and potentially rewarding bonus game. There’s a lot that can happen in this and the best thing is that there are two versions of it that can be triggered at any time by paying a fixed price.

Based on London’s rough underground punk rock anarchy era from the 1970s, the slot plays with an initial 243 win ways that can expand all the way up to 46,656. Its background music of a garage band rehearsing matches the slot theme to set the right mode.

Honestly though, what has made this game an obvious choice on my top list of Nolimit City slots is nothing but its features. So let’s have a look at them!

Get ready for an adventurous ride to the land of the lawless. Set in a dusty town in the 1800s post-civil war era, Tombstone is one of those games that can turn around any bad casino session in an instant. This is thanks to its high volatility. However, like the days of the old west, it may also rob you. I love it though!

The base game feels fresh with quite an unusual 2x3x3x3x2 reel design and a typical, yet high-quality western-music sets just the right mood for me. Pair this with three free spin features that all have the potential to pay massively and you might get an idea of why I love coming back to this slot.

Now let’s have a look at the features of this wild, wild game!

4. Deadwood – The Gunslinging Outlaws are Back

It’s fair to say that Deadwood is the sequel to Tombstone. If you liked that game as much as I, this one will probably suit you as well. It has the same wild wild west theme with similar mechanics. However, there are notable differences. The reel design is 3x4x4x4x3 as opposed to Tombstone’s 2x3x3x3x.

Three lucrative free spin features are included, but they are not entirely the same as in Tombstone. Perhaps more importantly though, in Deadwood you can trigger them at any time as they are buyable. The most rewarding one costs a hefty 750x, which is the most expensive bonus buy feature I’ve ever seen.

The slot is extremely volatile, but compared to Tombstone, you will get winning hits a lot more often. This doesn’t mean much though as most of them will be of low value. The big winnings that you’re hoping for are located within the bonus features. Let’s have a look at them!

5. The Creepy Carnival – A Creepy Low Volatile Slot That Would Make Pennywise Proud

About The Creepy Carnival

In terms of winning potential, the Creepy Carnival is not the most exciting Nolimit City slot. Payouts are capped at 1,595x for an entire free spin feature, which is considered quite low these days. However, to me, enjoying a slot is not only about chasing a massive payout. It’s about having a good time.

So why do I consider the Creepy Carnival to be one of the best Nolimit City slots? I fancy its creepy design and there are a lot of things happening. Unlike the high volatile slots on my list, the bankroll is rarely at risk of suddenly disappearing. Decent-sized winnings of 5x, 10x and 15x happen regularly.

And even if the slot doesn’t have the potential to pay winnings that would make a huge impact on my life, I’m still very happy about a 500x win. Making the game quite a unique one among Nolimit City slots is its special re-spin feature. Let’s have a look at this, along with the other features of the Creepy Carnival.

Play The Creepy Carnival at

Liked our list? Don’t miss checking out on these articles too:

Who Are Nolimit City?

Founded in 2013, Nolimit City was created by Jonas Tegman – a Swedish slot enthusiast and entrepreneur. What started out as a small company, is today home to approximately 50 employees. Offices are located in Sweden, Malta, as well as India – in the city of Gurugram. They’re highly focused on the Indian market.

The slots created by Nolimit City are always well-designed, polished and a lot of fun to play. In terms of what you can expect out of new releases, it’s a very reliable company. As of 2021, more than 50 slots have been created and pretty much all of them are great.

While other slot providers are used as inspiration, Nolimit City is not afraid to try new things and come up with its own mechanics. If you ask me, their quality is on-pair with bigshots such as NetEnt, Yggdrasil and Play’n GO. 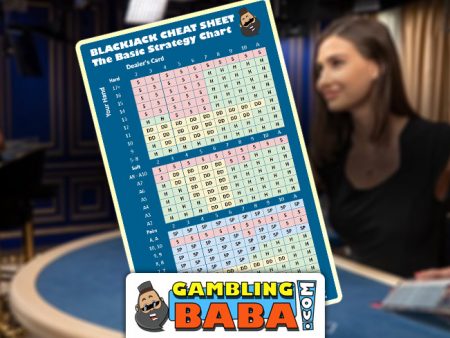 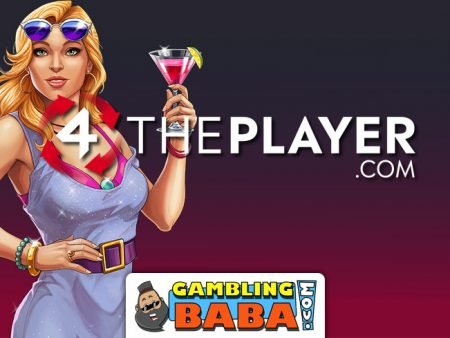 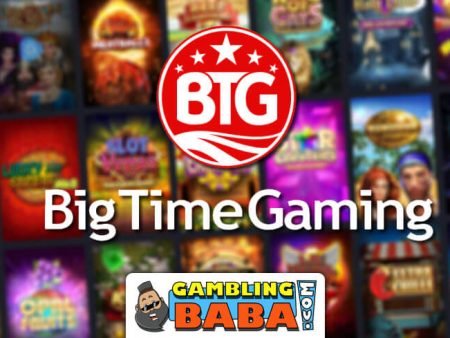 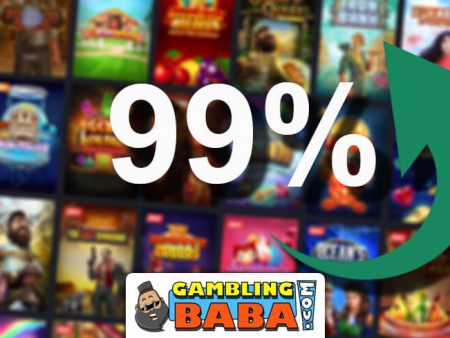 Guides
Top 10 Slots With the Highest RTP That Can Actually Be Played Online
November 11, 2021
0 451
Gambling
Mobile Casino in India: a Comprehensive Guide
July 19, 2021
0 1289
FREE BONUSES 2022
Indian Online Gambling
GamblingBaba takes fact-checking seriously. To give you the best user experience, providing accurate information is of utmost importance to us. If you see something that isn't right, contact us and we will look into it and make necessary changes. Thank you! 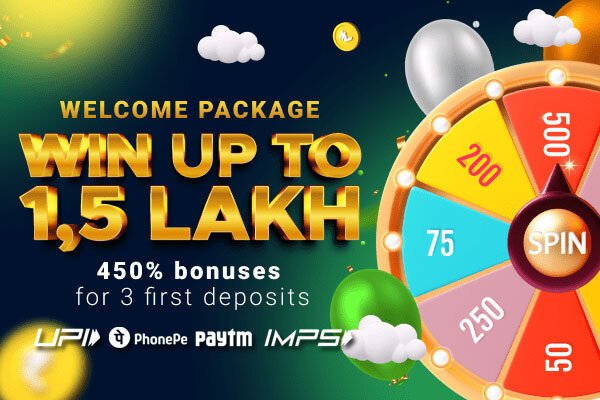