Royal Poker is 5-card poker played with interesting twists that allow you to swap out your cards, buy a 6th card, change the dealer’s hand and win with double hand combinations. It’s a slow-paced but entertaining poker game that can pay up to 150 times a player’s bet amount.

In Royal Poker, all participating players and the dealer are dealt 5 cards after placing an ante bet. The goal of the game is to make a better hand than the dealer. If you do, you win. How much you win depends on the hand you win with. Common hand rankings are used, such as pair, two pair, three of a kind, straight, flush, full house, four of a kind, straight flush and royal flush.

If you aren’t happy with the hand you’re dealt, it’s possible to place an additional ante bet to either swap out 2 – 5 of your cards or receive a 6th one. By receiving a 6th card, you would effectively play two hands; one hand consisting of the five original cards you were dealt and another consisting of any four of the original ones you plus the 6th one.

However, to get paid, the dealer has to qualify by having at least Ace and King as high cards. When the dealer reveals his cards after all bets are in and any swapping or buying of cards is done, you get the option to place another ante bet to replace the dealer’s highest cards. This gives the dealer a chance to qualify if he hasn’t already done so.

The payouts in Royal Poker are divided between single and double hand combinations as follows:

The maximum payout in the game is 151 times the amount you bet. This is awarded by scoring a double hand combination of a Royal Flush + Straight Flush. To do this you have to be dealt a strong hand such as K , Q , J , 10 , 9 . This would give you a straight flush with your first hand. If you buy a sixth card and this card is A , you would also make a royal flush with your second hand.

In Royal Poker, ante bets are placed to receive the first 5 cards in a game round; to buy a 6th card, to swap out 2 – 5 of your cards and to buy the dealer an extra qualification card. The above payouts are not affected by these ante bets. Instead, every game round also consists of an optional play bet. This bet is what the above payouts are based on.

As for the ante bets, these will either be returned to you or will pay you double the bet amount as long as you win the hand. In other words, swapping out cards or buying a 6th one will never be a cost as long as you end up beating the dealer.

The RTP in Royal Poker is 98.02% which is high compared to many other live dealer games. However, there are many decisions that can be made in the game and to reach this RTP, you always have to make the mathematically correct ones.

If you constantly make bad decisions, it is not unlikely that you would play with an RTP of 95% or even down to 90% depending on how poor your decisions are. To help you play optimally, I will soon take a look at the strategies in Royal Poker.

I’ve always been a fan of poker games and Royal Poker fits right up my alley. There are many poker versions to play at gambling sites, such as Teen Patti, Caribbean Stud, Casino Hold’em and Side Bet City. However, this one might be my favorite in terms of how the game plays.

I love the many different decisions you can make which takes a simple game of 5-card poker to the next level. It adds several layers of complexity, which I personally like a lot. If you prefer simple card games, such as Andar Bahar, you might not like this one due to its depth, but for me, it’s perfect. Don’t get me wrong though, it’s not that complicated once you’ve gotten into it.

Unfortunately, there are some things that I don’t like about Royal Poker. The main one is the time it takes to play a hand. I clocked it and a single game round takes about 1 minute 40 seconds. While this isn’t the end of the world, there is shuffling regularly taking place. This happens a lot and takes about 2 – 3 minutes every time. To me, waiting for this doing nothing kind of kills a lot of the fun.

If you want to have the best chance of making money, following a play strategy in Royal Poker is crucial. All decisions in the game either affect your long-term winning chances negatively or positively.

As far as I know, there is no optimal and computer-simulated strategy mapped out in Royal Poker. However, there are a few guidelines to follow which would certainly have a positive impact on your results:

If you want to play other hands than those mentioned above, it is of course possible to win with these as well and doing so might make the game more fun for you. I play other hands myself. However, you will lower your long-term chances of winning. 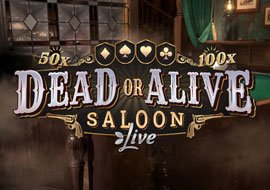 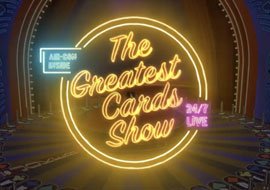 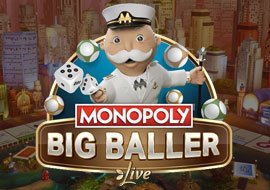 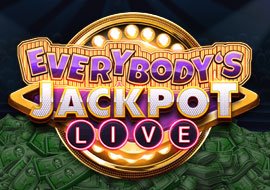 Boom City
Play Now
More Games
FREE BONUSES 2022
Indian Online Gambling
GamblingBaba takes fact-checking seriously. To give you the best user experience, providing accurate information is of utmost importance to us. If you see something that isn't right, contact us and we will look into it and make necessary changes. Thank you!